CoS to Buhari: Mohammed Hayatudeen, ‘The Cabal’ and men who lost to Gambari

As at 9pm on Tuesday May 12, 2020, there were still spirited efforts from vested interests and different camps to thwart the emergence of Amb. Ibrahim Gambari and have their candidates installed as the new Chief of Staff (CoS) to President Muhammadu Buhari.

Sources revealed that even though Gambari has had the blessing of  President Buhari, the coast was not yet clear as the dexterity of the intrigues, shadow boxing and mind games being deployed by various camps spearheaded by ‘The Cabal’ ensued palpable suspense that only ended with his eventual unveiling at the first virtual Federal Executive Council Meeting (FEC).

It was revealed that ‘the Cabal’ and the President’s inner circle did a thorough job to narrow their choices down to two men to replace Abba Kyari, one being Gambari and the other was the stealthy Mohammed Hayatudeen.

Nevertheless, the lot eventually fell on the former Minister of Foreign Affairs with Buhari who chaired the maiden virtual FEC meeting at the Council Chamber of the Presidential Villa, announcing him as his new CoS, with the Vice-President Yemi Osinbajo and Secretary to the Government of the Federation (SGF), Boss Mustapha in attendance while other members of the Council including the Head of Service, Folashade Yemi-Esan, participated in the meeting from their offices.

It is also worth to note that the former Nigerian Permanent Representative to the United Nations has since then assumed office, while announcing to Nigerians who cared to listen that his loyalty is first and foremost to the President who appointed him and that he is committed to serving him with utmost dedication and loyalty.

However, one of the vital questions in the minds of Nigerians are to know those who had gunned for the position of CoS to President Buhari either overtly or covertly and why they eventually lost out to Professor Gambari. Some of these men apart from the aforementioned Hayatudeen include the man who acted on behalf of Kyari before and after his demise, Amb. Babagana Kingibe; the serving Minister of Education, Mallam Adamu Adamu; the Director-General of Customs, Col. Hamid Ali (rtd); and the former Military Governor of Lagos State, Gen. Buba Marwa (rtd) as well as other candidates that were secretly suggested but could not make the cut. 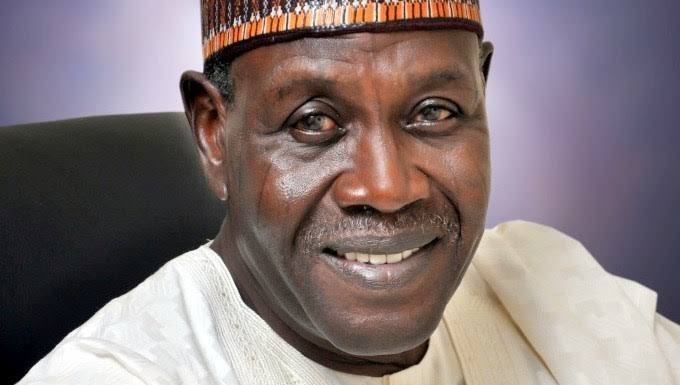 Amb. Babagana Kingibe: He is a permanent feature of almost every Northerner- led government in Nigeria and a close confidant of the late Abba Kyari who could have fitted in easily as Buhari and ‘The Cabal’ was comfortable with him as a worthy replacement. It is however, gathered that his candidature was a kite flown by the assumption that Kingibe only needed to show the slightest interest in the job to beat off any rival. According to a report by Kaftan reports, it was eventually communicates that Kingibe did not want the job as he feels it will undermine his soft power and influence, which he could wield while operating from the outside just like other members of ‘The Cabal’. Also, his self-sabotaged role while as the Vice President to the winner of June 12, 1993 Presidential election, late Chief MKO Abiola, remains a baggage he needed to un-bundle from outside public scrutiny. 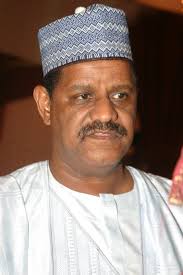 Mohammed Hayatudeen: He was the candidate that was settled for by ‘The Cabal’ after it was clear that Kingibe was out of the picture as the CoS to Buhari.

Commendably, a scan through Hayatudeen’s background and qualifications is a testament to the fact that there was merit to his choice as his sterling professional and academic achievements as well as his unassuming disposition was in many ways a reminder of what Abba Kyari was until his death. So who is this man that was so much pushed by ‘The Cabal’ to the extent that his candidature competed with that of Gambari down to the wire?

Even though he made it to the last round, his choice was not popular with other competing power blocs as well as the fact that he may lack the political and diplomatic experience to manage the office compared to Gambari. This must have effectively influenced how Buhari arrived at his choice. 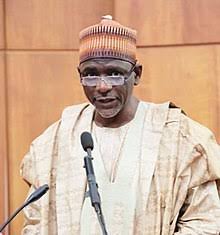 Mallam Adamu Adamu: The incumbent Minister of Education was one of those peddled as a front runner to the position of CoS because of his closeness with President Buhari. He is equally taciturn like Abba Kyari with conservative mien that mirrors that of Buhari, hence their friendship anchored on shared values. He is however, another brilliant North East son who many felt his national perception and worldview is not broad enough to merit his ability to coordinate such sensitive office. Moreover, it was noted that the President was satisfied with his role in the Ministry of Education and wants him to sustain his works there.

Gen. Mohammed Buba Marwa: The Adamawa born ex-military governor of Lagos State has the cosmopolitan disposition that suited the expectations of Nigerians. He is well connected to different parts of the country and seems to understand the country enough to appreciate its dynamic fault-lines.

Unfortunately, his liberalist and progressive values run contrary to the power blocs influential to the thinking of Buhari Presidency. Crucially, his reported links with the First Lady, Mrs. Aisha Buhari, and being championed as the arrowhead of that bloc, meant a direct threat and challenge to the preeminent position of ‘The Cabal’. Unfortunately, this perception as Aisha Buhari’s anchor-man marred his candidature right from the get go and consequently, failed to sail further. 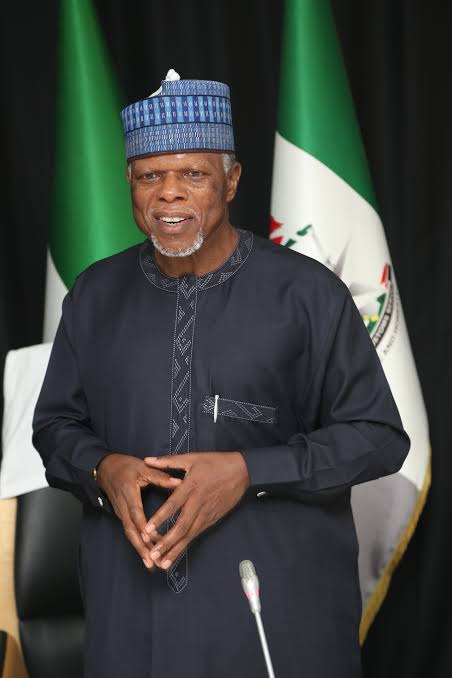 Col. Hamid Ali (rtd): The Nigerian Customs boss has remained Buhari’s right hand man right from their days in the Nigerian Army and his forays into politics. He has been with the President through his rise and fall moments and was equally rewarded with the juicy position as the Director General of Customs. This is why many had considered him as a frontline candidate because of his unalloyed loyalty to Buhari.

However, this is not enough as Ali may be too rigid in his knowledge of power as well as administrative dynamics to function effectively in such a position. More so, many considered his experience and exposure too limited to manage the intrigues associated with the Office of the CoS in a multi-ethnic, multi-religious, diverse and complex country like Nigeria.

Consequently, with most of these men failing to meet the hurdles set before them as a result of complex mix of reasons, the coast was cleared for the emergence of Gambari. It is to be noted here that the former Under Secretary to the United Nations was a compromise candidate of choice for most of the power blocs including notable figures within ‘The Cabal’ despite the fact that Hayatudeen would have also served better as their man with such a quiet but awe-inspiring qualifications in the mold of Abba Kyari.

The astute diplomat came with a broad-based resume, packed with experiences at the highest level of the global community at such a time Nigeria needs to reassert its footing in a post-COVID shaped world.

Even though age is not on his side as many Nigerians doubt if he still has the energy to manage the rigours of such office, but there is no gainsaying that when it comes to experience and qualifications, he came prepared.

For the fact that most of the power blocs including ‘The Cabal’; Nasir El-Rufai-Chibuike Amaechi’s camp, the pro-Bola Tinubu and Vice President Osinbajo’s bloc; and the First Lady, Aisha Buhari’s enclave, are comfortable with him also counts.

That he is also a Fulani from Central Nigeria with Yoruba influence that have in the past worked with Buhari, serving as his Minister of Foreign Affairs meant that he could serve as a bridge builder who understands how to navigate the nuances of a pluralist society like Nigeria.

Apart from being aware of the dynamics of international politics and the role expected of Nigeria, Gambari also seems to have a grasp of the emerging security challenges facing Nigeria, hence his establishment of the Savannah Centre for Diplomacy and Development.

Nevertheless, not all were pleased with his emergence with some recalling how he hobnobed with different military regimes as well as the role he played in the killing of environmentalist and human rights activist, Ken Saro-Wiwa by the late dictator, Gen. Sani Abacha. Some Nigerians including Femi Fani-Kayode has also described him as a northern irredentist and Fulani supremacists with fear that he may deepen the perceived sectionalist inclination of President Buhari.

Fortunately, no matter what anyone believes-the man Gambari has to be accepted-as Buhari’s choice. The most important fact however, is that he now has a window of opportunity to prove us right or wrong in a bid to sustain a worthwhile legacy for national peace, cohesion and development.

Iroegbu is a journalist, security and public affairs analyst. He can be reached on senator.iroegbu@yahoo.co.uk

2020-05-14
admin
Previous: Johnians celebrate Dele Momodu at 60
Next: Covid-19 in Enugu: Bearing the brunt of other states’ negligence

Coping with the scourge of COVID-19

Public service rules and the Ministry of Power: Matters Arising

Good governance as Ayade replicates what Ugwuanyi does in Enugu State

While the art of governance is personal in its deployment by those pulling the levers of public affairs, its recognition by the people whenever it brilliantly manifests, is however universal. That is why we sometimes