It is utterly shameful that more than 10 years after the introduction of the Petroleum Industry Bill, its fate still hangs in the balance despite promises by successive governments to ensure its passage. The long delay has wreaked havoc on the country’s oil and gas industry that accounts for the bulk of government revenues.

Not only has the delay put a damper on efforts to reform the vital industry, it has also deprived it of the badly needed investments from which the economy would have derived enormous benefits. “Our petroleum industry is almost stagnant and for long needing profound reform,” the Senate President, Ahmad Lawan, lamented in September 2019. He expressed the desire of the Ninth National Assembly to pass the PIB before the end of 2020.

Efforts to reform the oil industry date back two decades, when the then President, Olusegun Obasanjo, inaugurated the Oil and Gas Reform Implementation Committee in April 2000. The committee was tasked to review and streamline all existing petroleum laws and establish an all-inclusive regulatory framework for the industry. The administration of President Umaru Yar’Adua continued the project and the PIB was presented to the Sixth NASS in September 2008. But the bill stalled over disagreements on the sharing of oil profit among the international oil companies, host communities and the federation, according to the Nigeria Extractive Industries Transparency Initiative.

In July 2012, the administration of President Goodluck Jonathan forwarded a revised version of the PIB to the Seventh NASS. But the bill suffered the same fate that befell it in the previous legislative cycle; it was passed by only the House of Representatives at the tail end of their term. The slump in global crude oil prices, from a high of $115 per barrel in mid-2014 to $28pb in January 2016, combined with the regulatory uncertainty occasioned by the delay in passing the PIB to worsen the state of the industry. More projects were suspended by operators.

After its passage by the NASS, the PIGB was transmitted to Buhari for assent in July 2018, but he eventually declined to sign the bill into law. According to the Presidency, the provision of the PIGB permitting the Petroleum Regulatory Commission to retain as much as 10 per cent of the revenue generated is one of the reasons Buhari declined to assent to the bill. With electioneering gathering steam a few months before the 2019 elections, the tenure of the Eighth NASS ended without further action on the PIB.

In December 2019, the Senate President assured Nigerians that the upper chamber would begin work on the PIB in January, but that did not happen. Before the outbreak of the COVID-19 pandemic in the country, Lawan lamented in March the delay in the submission of the PIB by the Presidency. The Minister of State for Petroleum Resources, Timipre Sylva, had said in mid-July this year that the NASS would get the bill in two weeks. But more than two months after, the PIB has not been sent to the lawmakers. As things stand right now, the chances that the bill will be passed this year are almost non-existent.

There is no telling when the PIB will become a law. But it is clear that the uncertainty over the bill has been a major drag on the industry over the years, significantly limiting its ability to attract both local and foreign capital at a time when many other countries are scrambling to exploit their oil and gas resources. That the country’s oil industry is still being governed by laws enacted more than 50 years ago is ludicrous and extremely disappointing.

Although the country is Africa’s biggest oil producer and boasts the second-largest proven oil reserves and the largest gas reserves, it lags behind several other continental producers in reforms. In November 2019, the African Energy Chamber highlighted the need for Nigeria to reform its oil and gas industry to attract investments. “Several governments, including Angola, Gabon, and Cameroon, have implemented reforms. Nigeria could be next,” it said, adding that the low oil price environment was forcing African producers to sharpen their competitive edge.

It is high time Nigeria realised that time is running out. Four years ago, NEITI, in a policy brief, titled, ‘The Urgency of a New Petroleum Sector Law,’ said the failure to pass an overarching law for the oil industry after repeated attempts had accumulated huge costs estimated at over $200 billion to the country. It said the industry had continued to deteriorate largely because “the laws that govern the petroleum industry are either not sufficient for effective regulation of the sector, or too outdated to be relevant in today’s global energy environment.”

There is an urgent need for Nigeria to organise itself and make the most of its vast untapped oil and gas resources. Just last week, BP warned that global oil demand might have already peaked as the COVID-19 pandemic accelerates the shift to cleaner fuels. According to its Energy Outlook 2020, the demand for oil may never fully recover from the impact of the pandemic and may begin falling in absolute terms for the first time in modern history. Nigeria should expedite action and enact a law that will spur more investment in the industry and stimulate the economy. National interest should override sectional and personal interests. 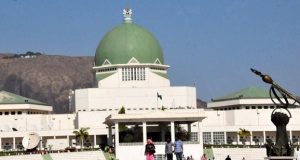 The recent disclosure by the federal government that over N130 billion was lying idle with the Universal Basic Education Commission (UBEC) is a scandal, especially at a period many of the schools across the country