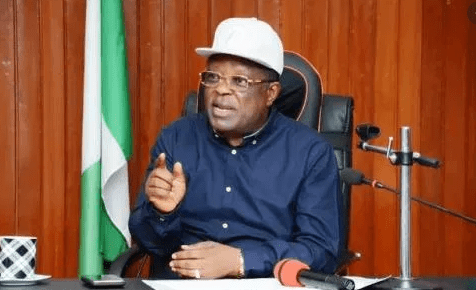 Ebonyi chapter of the All Progressive Congress (APC) has said Governor David Umahi would soon join the party.

The party disclosed this  during a stakeholders’ meeting in Abakaliki, yesterday.

Addressing party members, a leader of the party in the state and former Senate Committee Chairman on Works, Chief Julius Ucha said the party in the South East had made a big catch in the Ebonyi governor.

Ucha who  represented Ebonyi Central senatorial zone between 2003-2011,  added that the governor would soon make public his defection from the ruling Peoples Democratic Party (PDP) in the state to the APC.

He said  the governor had done well in the state which had made him one of the best governors in the country.

He said the party was  ready to welcome the governor to the party and also ensure it produced the next governor of the state by 2023.

Agbo urged APC members in the state not to panic over the governor’s defection to the party saying it would bring great fortunes to all members of the party.

He explained that Governor Umahi would team up with Imo  Governor, Hope Uzodinma, to reposition the party in the South East.

The party also stated that they were committed to actualising what they called South East Mandate, which advocates the right of the zone to produce the next president of Nigeria.

At the end of the meeting, the party in a communique read by former Chairman of Ohaozara Local Government Area, Chief Chaka Nweze, called on the governor to quickly commence the processes towards his final defection.

However, it was gathered that the purported move has been blocked by the South-East bigwigs of the ruling party.

The blocking of the governor’s defection, it was gathered, was plotted by some members of the National Assembly and ministers from the South-east.

A source close to the Mala Buni-led APC said though the Ebonyi State governor is welcomed to the party, the APC cannot just give him the presidential ticket, adding that nothing indicates that the APC ticket has been zoned to the South-east.

Continuing, he said: “Who told Governor Umahi that the ticket is automatically granted to the South-east and Ebonyi State for that matter. We have presidential aspirants like Senator Rochas Okorocha, Dr. Ogbonnaya Onu, and Senator Orji Uzor Kalu from the South-East.

“We also have Senator Bola Tinubu and Governor Kayode Fayemi of Ekiti State from the South-West, which has more APC states under its control than the South-east. There must be something else that is pushing him than presidential ambition.”

The source said Umahi should be mindful of the treatment given to him when he purportedly nominated his brother, Mr. Austin Umahi as a ministerial nominee in the Buhari second term in 2019 and was dropped at the eleventh hour, stating that the same fate awaits him.

The planned move may have also pitted the governor with the top leaders of the two main political parties in the state.

While the APC has blocked his entry, the PDP is still keeping mum on the move by the governor.

It was gathered that the governor is already seeking a gradual U-turn to remain fully in PDP since APC leaders both in the state and in the South-east caucus are not enthusiastic about receiving him.

It was learnt that the APC leaders in the region like the Ministers of Science and Technology, Dr. Ogbonnaya Onu, from his state; Labour and Productivity, Dr. Chris Ngige, from Anambra and Minister of State for Education, Chief Emeka Nwajiuba, from Imo State and others felt slighted as they were not consulted.

Members of National Assembly from the South-east also echoed the same sentiment of not being considered for consultation over the movement to the ruling party.

Checks revealed that Umahi had negotiated his entry into the party directly with the presidency and decided to ignore other leaders from the zone.

It was gathered that none of the three blocks in the APC at the national level is willing to have Umahi whom they believe is coming for the presidential ticket.

Speculations about the governor’s defection grew stronger after his visit to the Presidential Villa last month and he was congratulated by an APC legislator from his state. – The Sun, Thisday. 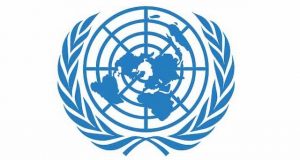 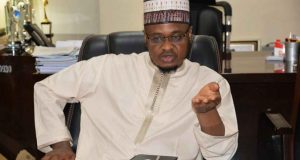 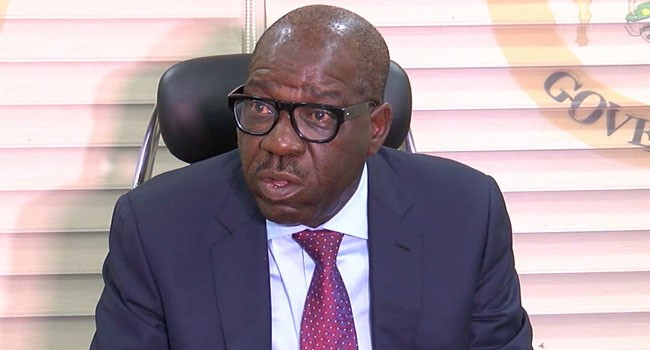