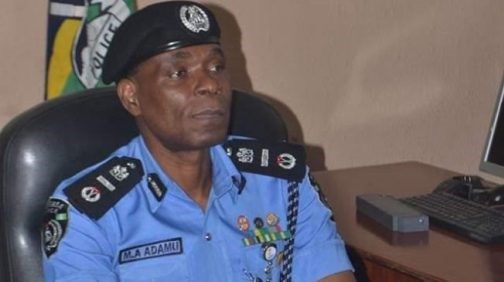 The Inspector-General of Police, Mohammed Adamu, on Tuesday said an agreement had been reached to send special forces to forests in the South-West geopolitical zone to tackle bandits and kidnappers.

The IGP, who spoke in Osogbo shortly after a courtesy call on Governor Adegboyega Oyetola, said the decision to send special forces to forests in the zone was reached during the South-West Security Summit held in Ibadan on Monday.

Adamu said rather than allowing those behind the crime to strike, the police would take the war to them with the deployment of the special forces.

He added, “At the end of the summit, we came up with the innovations among which is the fact that we should send special forces to the zone so as to help and augment the efforts of the commissioners of police in the South-West.

“Specifically, the special force will target forests where the bandits and kidnappers are, so that the war can be taken to them, rather than wait for them to strike. We also resolve to work with other security agencies more or less like vigilante to fight crime.

“The governors have pledged to continue to support the law enforcement agencies to fight crime by buying vehicles and other logistics to support the fight against crime.”

In his remarks, Oyetola said the IG’s visit was a confirmation of his administration’s commitment to ensure that “Osun remains the safest state in the country.”

Speaking earlier during a visit to the Osun State Police Command, Adamu said the Force would rejig its strategies to ensure that miscreants armed with weapons would no longer have a peace of mind in all the states of the federation.

He said, “We are aware of the shortage of men and this is the reason the Federal Government approved the recruitment of 10,000 men every year to cover for the shortage.

“This year’s exercise is ongoing, it is not suspended. The process is going on and will soon be completed. The cadets have taken the test, completed the physical fitness exercise after which they would be taken to the police college to complete the process.” 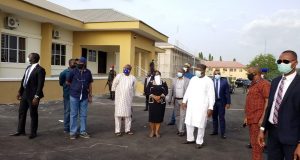 The House of Representatives has approved the request by the President Muhammadu Buhari for the Federal Government to borrow foreign loans totalling $22.79bn. ...