The returning officer for Anambra South senatorial zone in Saturday’s presidential and national assembly elections, Professor Meshach Umenweke has reversed himself and declared Chief Ifeanyi Ubah, chairman of Capital Oil and candidate of Young Progressives Party, YPP, as winner of the election.

Umenweke had earlier declared the election inconclusive, citing skirmishes between the police and some thugs within the collation center.

He claimed that the situation was volatile, intense and charged and that the police had to spray teargas to disperse the thugs and supporters, adding that there was imminent danger to his person, which made it difficult for him to delve into the merits of a petition written by one of the candidates.

However, in another letter addressed to the Anambra State Resident Electoral Commissioner, REC, dated February 28, 2019, Umenweke said he had investigated the petition and arrived at a conclusion.

The letter which he also copied to the Vice Chancellor of Nnamdi Azikiwe University, where he teaches, read: “By virtue of my letter of 25/02/2019, I stated that the results of the election into the Anambra South senatorial seat were inconclusive, to enable me debrief the seven local government collation officers on the issues raised in the petition. It was also to enable me investigate the claims contained therein.

“Within this interval, I have made extensive enquiries and investigations from the seven local government collation centres involved and none received any report from the wards in the form of Form EC 40 G. Consequently, none of them generated any Form EC 40 G1.

“No reports whatsoever were received by the local government collation officers involved in the Anambra South senatorial election and no such report was given to me.

“In the light of the above, there is no evidence before me to support the claims of the writer of the petition of 23rd February, 2019.

“By virtue of the foregoing, I hereby reaffirm my declaration that Mr. Ifeanyi Ubah, the candidate of YPP, is the winner of the Anambra South senatorial seat.” 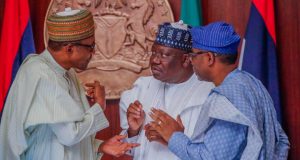 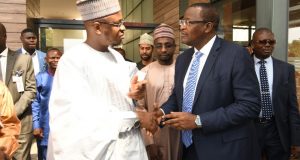 We have not issued 5G licences yet, say Fed Govt

Nigeria has confirmed two additional deaths from the coronavirus. The Nigeria Centre for Disease Control (NCDC) revealed this in a tweet on Friday, hours after it confirmed six cases of coronavirus in Osun State.