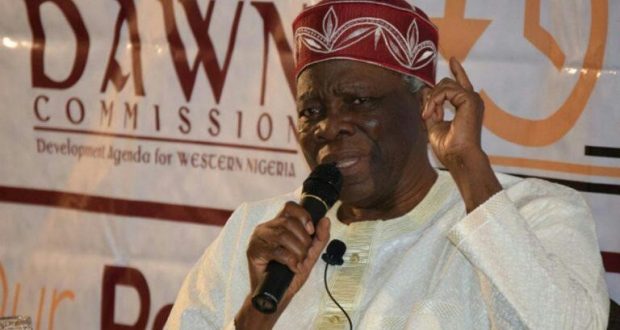 The Northern Elders and the Southern Elders Forum has expressed shock over what it described as the worsening state of the country.

Briefing newsmen after a three-and-half hour closed door meeting at the weekend in Abuja, the Forum lamented that there are big problems with governance and the economy, which need the urgent attention of the elders.

Spokesman Prof. Banji Akintoye warned that the elders were worried “that things are not well with our country.”

The Forum further lamented that the quality of leadership has fallen so drastically that it is not possible to have any progress in the hands of such poor leadership, stressing that the country has reached a point killing one another.

While agreeing to establish Nigerian Elders Forum (NEF), they agreed that if established, will devise means of meeting, studying situation, providing solutions and ensure that the decisions have an impact on the lives of the people.

“Ours is a land of promise, a land well-endowed by nature with a lot of wealth but we are not using the wealth to enrich our people. Instead, we are going down, down and down in terms of prosperity and progress.

“So, we have decided to work together – that is the most important thing because the problems are many. There is a general problem like the problems of ecology. The desert is moving South on upon us, upon our country and we are not doing anything about it.

“And then, the economy itself, we have become a country that is longer productive because lack of productivity is the big problem now of our country, and we have to do something about it. We also have this huge problem of poor governance.

“It is no longer a question of a party, it is no longer a question of one party is doing better than the other, you can see now clearly, even though our political parties are rarely no longer political parties, they are just neighbours or combination of people who want to gather together and win elections and control the wealth of the country which has come to me, as making yourself rich.

“That is what it has become, and the quality of leadership has fallen so drastically that it is not possible to have any progress in the hands of such poor leadership and then now we have reached a point at which where we are actually killing one another. People burning around killing their countrymen and destroying their livelihoods.

On the resolutions of the closed door meeting, Prof. Akintoye said:

“What we have decided is to set up – and this is the height of our decisions – to set up a Nigerian Elders Forum.

“The Nigerian Elders Forum that will establish its own means of meeting and study situation and provide solutions and make sure that the decisions have impact on the lives of our country. Those are the things we have decided today.”

2018-05-28
The Citizen
Previous: Presidency comes hard on Obasanjo over moves to oust Buhari
Next: Gunmen kill 7 in Zamfara 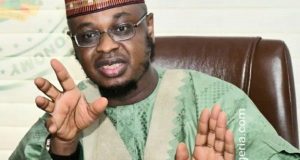 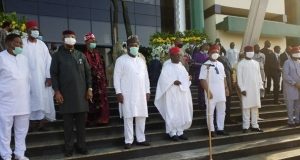 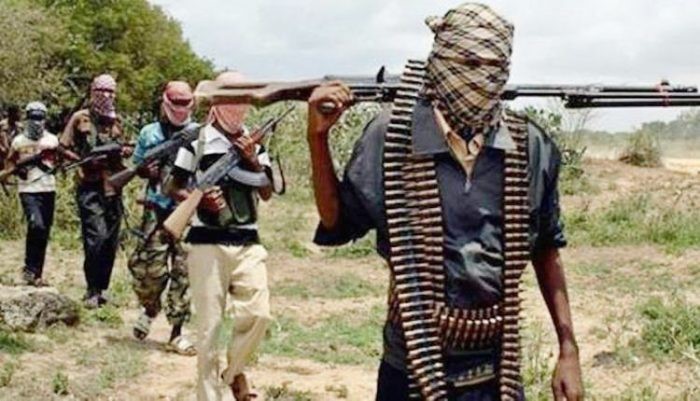