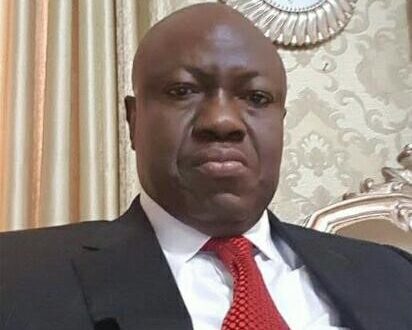 Uwajeh claimed he was sacked less than two months after his appointment because the administration had a mindset about who should be prosecuted at all costs.

In a statement issued yesterday in Abuja, Uwajeh said he was specifically detailed to trace the assets of the wife of former President Goodluck Jonathan, Patience, Senate President, Bukola Saraki, his deputy, Ike Ekweremadu, former Vice President, Atiku Abubakar, and many others.

The statement read: “It was the procedure of the panel to courier documents to me from Nigeria for dispatch to various agencies in the United Kingdom and worldwide. Soon after I realised that the panel had a mindset towards certain individuals and groups by the documents it sent to me.

Meanwhile, Minister of Justice and Attorney General of the Federation, Abubakar Malami, yesterday, chided Uwajeh, for claiming that the federal government relieved him of his job because he refused to take on highly placed government ‘opponents’.

Malami said: “In the first place, the federal government of Nigeria did not even need the services of the suspect since we have a lot of institutions and personnel who can effectively handle such an assignment.

“Uwajeh suppressed the fact that he was a suspect standing trial apparently to impress the panel to engage him. This was unfortunate.

“But if Uwajeh wants to impress the world with the story he is now bearing, the fundamental question he should answer is whether indeed, he was being prosecuted by the office of the AGF for fraud, impersonation and forgery long before now.

“We cannot use a suspect of fraud to do investigation of those who have been accused of fraudulent activities. It would be wrong and unreasonable to do so.

“The investigator should also tell the world if he did at any time disclose to anyone on the panel before and after his engagement about the pendency of his forgery and fraud case in court.”

“So, the idea of leaving established institutions of government and law to engage a private investigator does not arise just as the disingenuous claim that he was disengaged because he refused to implicate certain persons does not hold water.’’ – Vanguard.

The Senate on Wednesday condemned the proposed citing of 20 projects in Lau Local Government Area of Taraba State where the Minister of Power, Mamman Saleh, hails from.