The Nigerian Communications Commission (NCC) has said the plan for Fifth Generation technology deployment in Nigeria is at 97 per cent readiness.

This is according to a statement titled ‘NCC upbeat on plans for 5G deployment’ issued on Thursday by the NCC’s Deputy Manager, Public Affairs, Kunle Azeez.

Danbatta, who was represented by the commission’s Director, Spectrum Administration, Oluwatoyin Asaju, said, “Already, we are set for the auction of some spectrum slots in the 3.5GHz band. The other day I was at the National assembly, I informed the senate that we were 95 per cent ready for 5G.

“Today as we speak, I am delighted to tell you that we are already at 97 per cent completion. “The committee set up to auction the spectrum has already developed an Information Memorandum which is already published for inputs and comments from all industry stakeholders.

“Prior to this, a 5G deployment plan was developed and we have since secured the Federal Government’s approval.”

Earlier, he had said that because of the COVID-19 pandemic, almost every means of communication became virtual which led to an increase in network connectivity requirements as a result of unprecedented upsurge in Internet traffic.

Danbatta added that even though the network infrastructure in the nation demonstrated some capacity to contain the surge in internet traffic, a lot of work was being done by the commission to boost network capacity, sensitise the public and ensure accessibility to affordable connectivity.

He said, “Emerging technologies such as 5G, which NCC is driving aggressively in Nigeria, Internet of Things; Cloud Computing; Quantum Computing Augmented/Virtual Reality, and similar emerging technologies are playing a critical role in improving remote communication over the internet with great user experience.

“The NCC is committed to promoting this inevitable change and enhancing user experience through effective regulation of the telecoms sector.”

Danbatta added that the surge in internet traffic was a challenge to the national regulatory authorities, and other arms of governments to ensure deployment of adequate resources such as spectrum and other forms of support to increase network resilience and accessibility to telecommunication services. 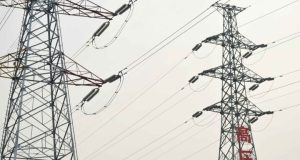 The South-East Amalgamated Markets Traders Association has decried what it described as “multiple and indiscriminate charges and deductions on customers” by commercial banks.