Rivers State Governor, Nyesom Wike, says he has deep respect for traditional rulers because of the critical role they play in the development of the state.

Wike made this remark on Saturday during the installation of a former Minister of Transport, Dr Abiye Sekibo, as the head of Achin War Canoe House of Kiniju town and admission as member of the Okrika Divisional Council of Chiefs, at National Field, Okrika.

The governor expressed the regret that some politicians in the state had continued to play politics with traditional institution.

He said, ‘’I have great respect for traditional rulers because they are critical to the development of our state.

“It is regrettable that some politicians always want to play politics with the traditional institution. I am the only governor who has always declared open their quarterly meetings. It was not so in the past.”

Wike said he would always promote the tradition and culture of Rivers people, adding that in all his engagements with monarchs, he had always maintained that they promote their respective ethnic nationalities.

He said, “When I urge the traditional rulers to promote Rivers culture, it is not intended to disrespect them. We must promote our own culture. We must show we are Rivers people.

The governor urged Sekibo to use his experience and contacts to add value to the ODCC.

Earlier, the lawmaker representing Rivers East Senatorial District, Senator George Sekibo, said with the induction, Abiye Sekibo had become a leader in charge of a division, noting that “he is like a general in the army.”

The Chairman, ODCC, Chief Kala Wolo, said Okrika people were happy with Wike because he loved them and was committed to their development. 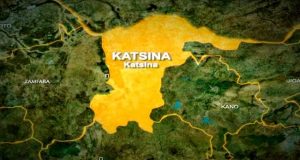