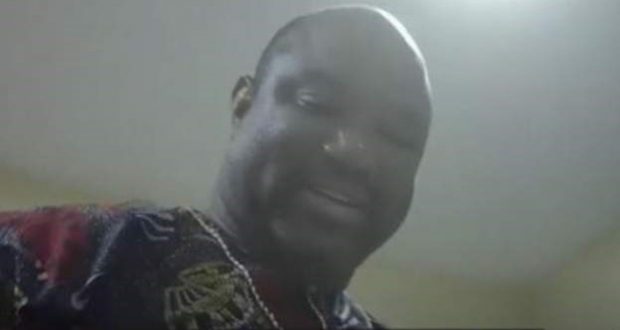 The University of Lagos in Nigeria says it has suspended a lecturer featured in a BBC documentary on sexual harassment at two top West African universities.

This comes shortly after Boniface Igbeneghu, who is also a pastor, was suspended by his church.

There has been an outcry on social media after a report by BBC’s Africa Eye revealed secret footage of Dr Igbeneghu propositioning and sexually harassing an undercover reporter, posing as a prospective student.

The Foursquare church, where the lecturer was also a pastor, said in a statement it does not condone sexual misconduct, and has distanced itself from Dr Igbeneghu’s alleged behaviour.

The University of Lagos says it has a zero-tolerance policy toward sexual harassment, and it would dismiss any staff against whom evidence of wrongdoing was proven.

The University of Ghana categorically denies protecting any staff or students who have engaged in sexual harassment, and says it will investigate those named in the report.

Dr Igbeneghu has not commented on the video.

The University of Lagos has also shut-down the ‘Cold Room’, where lecturers allegedly sexually assault students.

The development was announced on Monday in a statement by the Principal Assistant Registrar (Communication Unit) of the university, Taiwo Oloyede.

“Management at its emergency meeting of October 7, 2019 suspended Dr. Igbeneghu from work immediately and barred him from the University academic areas while the suspension subsists unless invited by a Panel constituted by the University to investigate the matter,” the statement read in part.

“In addition to this, the University Management has ordered the shutdown of the Staff Club “Cold Room” mentioned in the documentary for further investigation. The so-called “Cold Room” is a Functions Room that may have been abused because this is a deviation from the purpose for which it was created (meetings, seminars, events, etc.).”

The ‘Cold Room’ was mentioned by Igbeneghu, in the documentary.

The President of the Court of Appeal, Her Lordship, Hon. Justice Zainab Adamu Bulkachuwa, weekend, ...