Muslims in Kano, Katsina, Borno, Zamfara and Bauchi states on Sunday shunned a directive of the Sultan of Sokoto, Alhaji Sa’ad Abubakar, and the Presidential Task Force on COVID-19, which stated that there should be no large gatherings at Eid prayers.

It was, observed in the states that there were massive gatherings with the majority of the faithful not observing the PTF’s protocols such as social distancing and wearing of face masks.

They gave Muslims the go-ahead to hold prayers at Eid at grounds to mark the end of 30 days fasting.

But the Nigeria Supreme Council for Islamic Affairs, led by the Sultan, on Wednesday contradicted the state governments.

In a statement by its Deputy Secretary General, Prof Salisu Shehu, the NSCIA said massive gatherings at one Eid ground in a big city should be avoided. “Rather the Eid could be performed in area mosques to avoid unmanageable crowds,” it stated.

In a statement by its Secretary General, Dr Khalid Abubakar, the JNI said, “Eid-el-Fitr congregation on the outskirts of towns and cities should be temporarily suspended.”

It also directed that “Eid-el-Fitr prayer be observed at home with family members or alone in case there isn’t anyone with him or her, at home.”

At the press briefing of the PTF on Thursday, its Chairman, Mr Boss Mustapha, advised against large gatherings of people during the Sallah celebration.

In Kano State, Muslim faithful trooped out as early as 8:30am to observe the   Eid-el-Fitr prayers at the various Eid praying grounds without complying with the physical distancing order.

It was observed at some Eid grounds that while some worshippers wore face masks, others refused to abide by the order.

However, worshippers were asked to wash their hands and use of sanitisers by the people mandated to enforce hygiene rules.

But some worshippers entered the prayer grounds without washing their hands and using sanitisers.

Some Muslim leaders in the state commended Ganduje for allowing Muslims to observe the Eid prayer despite the Federal Government’s directive.

Some of the Muslims leaders, in separate interviews, argued that the permission granted to Muslims by Ganduje was an opportunity for them to pray to God to end the pandemic.

The Chief Imam of Sasif Friday Mosque in the Gama area in the Kano metropolis, Sheikh Mohammed  Yahya, said their decision to observe the Eid prayers despite the danger was borne out of the fact that Eid ground was  one of the places where prayers could be answered.

Another Muslim leader, Sheik Abubakar Umar, said their decision to obey the state government order was informed by the fact that Muslims could use the occasion to seek God’s intervention.

In Katsina State, Muslims also observed prayers at Eid grounds to mark the end of 30 days fasting.  Many of those who thronged the prayer grounds did not observe social distancing neither did they wear face masks.

The Emir of Katsina, Dr Abdulmumini Usman, was at the Kofar Guga Eid prayer ground where he and many Muslims in Katsina observed prayers to mark the end of fasting.

The Eid prayer attended by the Borno State Governor, Prof Babagana Zulum, was held at the Ramat Square.

Although efforts were made to maintain social distancing, it was difficult to implement in areas where there were no government officials because of the crowd that thronged the prayer ground.

In Bauchi State, the directive of the PTF and the Sultan was ignored as residents failed to observe social distancing at Eid prayers.

The state Governor, Bala Mohammed, religious and traditional leaders had, at a meeting in Bauchi last week, agreed that religious gatherings should resume in the state.

One of our correspondents observed that the Eid-el-Fitr prayers were not held at prayer grounds, but at Juma’at mosques.

But at the Bauchi Central Mosque, where Mohammed, top government officials, the Emir of Bauchi, Alhaji Suleiman Adamu and other traditional chiefs in the Emirate prayed, there were thousands who participated in the prayer.

In the mosque, it was noticed that only the prominent personalities observed social distancing and wore face masks.

But the situation was quite different outside the mosque. It was observed that social distancing was not observed by the worshippers outside. The majority of them did not wear face masks and observed other protocols set by the PTF.

Some of them after the prayers, shook hands and exchanged pleasantries with friends and loved ones.

In Zamfara State,  prayers were performed mostly at Juma’at mosques and prayer grounds.

The issue of face masks was completely neglected, as only very few people were seen wearing them

Many people expressed happiness with the action taken by the state governor to ease the lockdown as against the Federal Government directive of “stay at home.”

In Sokoto State, Muslims   prayed at Juma’at mosques instead of prayer grounds.

Except for top government officials and traditional rulers, many of those who were at the mosques did not wear face masks. Also, there was no adherence to social distancing in the well-attended prayers at the mosques.

The Sultan was among dignitaries that prayed at the Sultan Bello Juma’at mosque. – Punch. 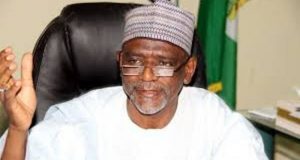 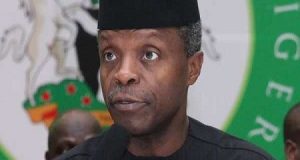 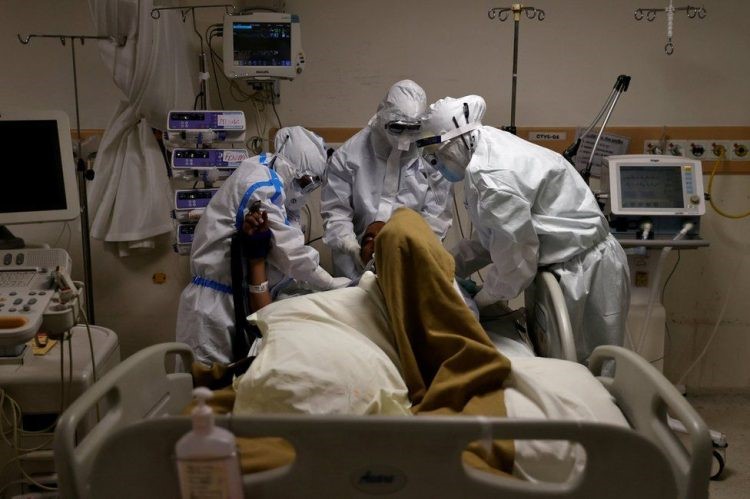 Nigeria’s coronavirus caseload has surpassed 30,000 mark, with 15 people killed by the deadly virus on Wednesday.