Nigerians may have to contend with epileptic power supply for longer than necessary as there is no hope that the problems are near solution, with distressing reports coming from the sector almost daily. If the problem is not about estimated or crazy billing, it is about electricity distribution companies (DisCos) not being able to absorb electricity generated by the generating companies (GenCos). If it is not either, the problem would be shortage of gas to fire the power plants, rupturing of gas pipelines, among sundry other excuses.

It was the same bad news early this month, when 13 of the 27 power plants in the country were shut. Interestingly, it was the same week that power tariffs were hiked, alongside the pump price of petrol.

Punch Newspaper reports that data from Nigerian Electricity System Operator on September 6 showed that, nine plants were shut down as of 6.00 a.m. on September 4, with Geregu II, Sapele II and Alaoji joining on September 5 while Afam IV & V were also shut the next day. The other idle plants were Olorunsogo II, Omotosho, Odukpani, Ihovbor, Gbarain, Ibom Power, AES, ASCO and Trans-Amadi IPP. This led to power generation in the country falling to as low as 3,242.4MW at some point.

The next question is: why would 13 power plants be shut down simultaneously? Sadly, they are the same well-known reasons: gas constraint, low load demand by the distribution companies, maintenance, frequency response and rupturing of gas pipelines, among others. While we may permit that machines can break down at any time, some of these problems are avoidable. Gas constraints, low demand by DisCos, maintenance and rupturing of gas pipelines have been with us for long that by now, we ought to have found permanent solutions to them.

Indeed, it is embarrassing that a basic thing as maintenance, which is routine and predictable, would still be an issue. The same way rupturing of gas and fuel pipelines, despite the billions that government claims to spend to fix them annually. It is appalling that we are still talking of low demand by DisCos when millions of Nigerians are yearning for power supply, and even those who have can only boast of epileptic supply.

The long and short of it all is that the power sector is a reflection of the larger Nigerian society where nothing works, either because they are deliberately designed not to work, or because of the ineptitude or incompetence of those who are saddled with the responsibility of making them work.  Part of the problems is that regulatory authorities appear weak in enforcing rules and policy directives. The Nigerian Electricity Regulatory Commission (NERC) had severally warned DisCos against load rejection; yet this still occurs with reckless abandon. Also, the commission had warned Discos “on deliberate refusal to clear faults on some 33kV feeders within the timeline of eight hours as stipulated in the Reporting Compliance Regulations.

“Discos should also be cautioned against deliberate isolation of some sections of 33kV feeders to limit the loading of the feeders and denying customers electricity services”, but there are still instances of these happening. The commission had capped billing of electricity consumers not provided prepaid meters but it is common knowledge that crazy billing that has no bearing with power consumed is still rampant.

It is high time the regulators woke up to their responsibilities. We have said it several times that if the government must tinker with the privatisation of the sector, it should look at what the books provide for and act within reasonable limits. The way things are, power supply will never improve just by chance, which it seems the government is hoping for. On its part, it should ensure that gas pipelines are protected from vandals even as those of them caught in the act should be diligently prosecuted.

We must stress that power supply will not improve simply because tariffs have been reviewed upward. We will always return to square one despite the tariff review if we do not tackle the challenges militating against efficient generation, transmission and distribution aspects of the sector.

2020-09-22
The Citizen
Previous: Yet another constitution review – Thisday
Next: Trump races to raise H-1B visa hurdles for skilled workers 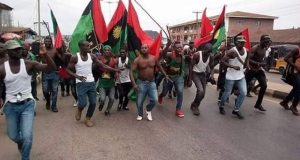 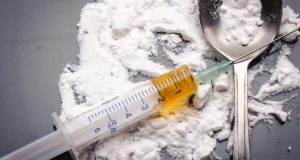 The frustration with the palpable failure of a constituted authority to secure the life and property of Nigerians has eventually crept up to the high level of government. This is evident from the recent submission of the Katsina State