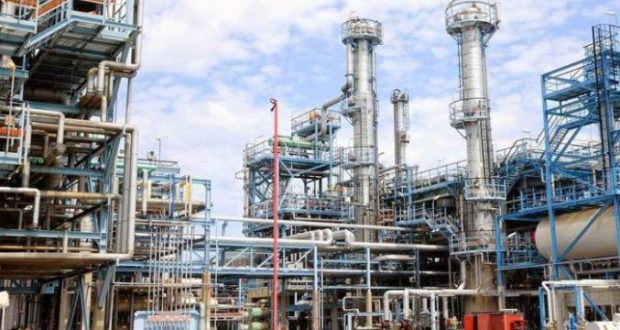 Without batting an eyelid, the Nigerian National Petroleum Corporation admitted that its four refineries did not produce a drop of refined product in eight months. But as usual, the Group Managing Director, Mele Kyari, attempted to explain it away by attributing this to “ongoing rehabilitation works” in a forlorn plan to bring them back to high capacity utilisation levels. However, President Muhammadu Buhari should be reminded that pouring scarce funds into an operation that loses billions of naira every year impoverishes and shames Nigerians.

Fecklessness should have an expiry date. The refineries have bled the economy for too long, crowding out private investment in the downstream oil sector, distorting the market and diverting resources from productive sectors. The country should no longer be the world’s laughing stock – a major crude producer that nevertheless imports refined products at increasingly prohibitive costs – and Buhari should forbid the NNPC from reopening them. No drop of refined products was produced from June 2019 to January 2020, the refineries having last turned out a negligible amount of petrol and kerosene in May 2019.

As the Bureau of Public Enterprises reportedly prepares to unload some public assets under its 2020 Privatisation Work Plan, privatising the refineries immediately should be a top agenda.

Kyari, like his predecessors, is giving false hopes and pandering to Buhari’s anachronistic statism. The refineries, by the admission of experts, require an outright sale. Ibe Kachikwu, the immediate past Minister of State for Petroleum Resources, was emphatic in 2015 when he said: “Personally, I will have chosen to sell the refineries, but (President) Buhari has instructed that they remain. After they are fixed, if they still operate below 60 per cent, then we will know what to do.” As minister, Diezani Alison-Madueke was equally forthright on their disrepair. Kyari’s predecessor, Maikanti Baru, admitted that the mandatory periodic turnaround maintenance on the refineries was not done in decades, despite regular appropriation and claims to have done so by the corporation.

Meanwhile, though the country was the world’s 13th largest crude oil producer in 2019 as per the US Energy Information Administration, she imports nearly all her refined petroleum products: the NNPC said Nigerians spent N2.5 trillion on petrol in the 13 months to February 2020. The National Bureau of Statistics reported that petrol imports cost N1.7 trillion in 2019, representing 10.1 per cent of the total national import bill that year, an improvement on the N2.95 trillion spent importing refined products in 2018, which was a staggering 22.4 per cent of total imports.

The NNPC confessed that, combined, the four refineries lost N111.27 billion in 2019 and N93 billion in 2018. With an output of N1.03 billion in a particular month, they incurred operating expenses of N11.24 billion. This is a bizarre business template. Indeed, the NNPC reports that the refineries – two in Port Harcourt, one each in Warri and Kaduna – have, for decades, never operated at above 60 per cent average capacity utilisation, dropping to 20-25 per cent in recent times.

It is time to end this expensive charade. There is no business in the world that operates like this, dropping hundreds of billions in losses, maintaining trained staff and draining resources sorely needed to address national deficits in infrastructure and social services. Across the world, realistic governments are divesting to end subsidies and corruption, instil efficiency and encourage investment. Nigeria urgently needs to join the train like Brazil, which has opened the bids for four refineries owned by its national oil company, Petrobras, and like Abu Dhabi’s ADNOC, that is on track to privatise part of its refining business.

Industry experts say that a refinery will close if it cannot sustain its profitability. Overall, more than 20 refineries have closed in Canada since 1970, according to the US Library of Congress, a reflection of the shift to larger, more complex refineries and flat to declining demand. “In the longer term, they have to decide whether to invest in changing their configuration or shutting down,” it says.

As other governments have done, the Buhari regime should demand an objective evaluation of the relative performance of the refineries. A publication by the Canadian Fuels Association, theEconomics of Petroleum Refining, states that the standard industry practice is to use either the Nelson Complexity Index or Solomon Associates’ complexity metrics to determine the profitability and viability of a refinery. It declares, “With the closure of older, simpler refineries, complex refineries now represent the vast majority of the world’s refining capacity.” Nigeria’s recklessly abused four refineries do not belong here.

There is no viable alternative to privatising as agreed to over two decades ago. The then president, the late Umaru Yar’Adua, quirkily reversed the sale of the Kaduna and Port Harcourt refineries, shortly after they were sold. And, under a dubious strategic plan, the NNPC “unbundled” the Pipelines and Products Marketing Company into three entities, abandoning the elaborate privatisation plan drawn up by the BPE.

This entrenches the corrupt rent-taking elite, while the country is dependent on imports. Among its other deleterious effects, it draws bank credit away from the productive, large job-creating sectors – agriculture, SMEs, manufacturing, mining – in favour of short-term fuel imports. Fitch, the global rating agency, said 30 per cent of domestic bank loans went to the oil and gas sector by the third quarter of 2019, down from over 40 per cent and only after regulators directed that a greater portion of credit be allocated to the SMEs, retail mortgage and consumer lending.

The NNPC’s promise to achieve optimum capacity utilisation by 2022/23 should, from past experience, be discounted. Government should move quickly to sell off the refineries and privatise all other downstream assets as recommended by the National Refineries Task Force in 2012 and in line with the Public (Privatisation and Commercialisation) Act. The world is not waiting. A report by McKinsey found that global demand for refined products would peak by 2026 to 2032 and thereafter, start falling, but it noted that Asian and Middle East countries had wisely been promoting investment in refining capacity to harvest those peak years with Greenfield ventures that will add combined 4.2 million bpd refining capacity. Dangote’s is Nigeria’s sole entry in this race.

Buhari should stop the NNPC from spending any additional dime on the decrepit refineries. The COVID-19-induced recession reopens another window of opportunity to sell majority equity to reputed foreign operators immediately. All the other retail arms of the NNPC should also be privatised honestly and transparently, guided by the imperative of attracting FDI and creating a competitive environment for the country to become a major international export hub.

2020-05-18
The Citizen
Previous: Charting a new course for the economy – The Sun
Next: Coronavirus vaccine may be impossible says UK Prime Minister

COVID-19: Your life now in your hands – Vanguard

The tragic death of a University of Benin female undergraduate, Vera Uwaila Omozuwa, following an assault has brought to limelight, once again, the issue of gender-based violence in our country.