The Federal Government has demanded the repayment of N614bn it offered to 35 states under the National Budget Support Loan Facility.

The Minister of Finance, Budget and National Planning, Mrs Zainab Ahmed, who disclosed this on Thursday, said each of the states would return N17.5bn.

Ahmed spoke with State House Correspondents after a meeting of the National Economic Council (NEC) in Abuja.

It was gathered that some of the governors were jolted by the government’s move on the refund, coming at a time many states had yet to comfortably pay the new National Minimum Wage of N30, 000.

NEC was presided over by Vice-President Yemi Osinbajo at the Presidential Villa and attended by state governors.

She explained that upon receiving a briefing on the matter, NEC agreed to set up a team comprising the Governors’ Forum and her ministry to meet with the Central Bank of Nigeria (CBN) to work out the repayment modalities.

Ahmed said, “The Honourable Minister of Finance briefed NEC on the progress of how the FG had made a total of over N614bn available to 35 states, being N17.5bn each.

“Council agreed to constitute a team from the Nigeria Governors’ Forum to meet with the CBN and the Ministry of Finance to finalise modalities for commencement of repayment.”

The minister, who also gave an update on the 2020 budget, stated that the last week of September was set for the presentation of estimates to the National Assembly.

She said that the council was briefed on preparations for the 2020-2022 Medium Term Expenditure Framework/Fiscal Strategy Paper and the revenue generation challenges being faced by the government at the moment.

The minister also gave an update on the balance in the Stabilisation Account and Natural Resources Development Fund, which she said stood at $95.3m as of August 20.

The NEC Committee on Export also gave a briefing to the meeting. The committee is headed by the Governor of Jiagawa State, Mr Mohammed Badaru-Abubakar.

However, it was the Governor of Nasarawa State, Mr Abdullahi Sule, who spoke with reporters on the presentation made to council by committee.

He explained that its work was to look into the ‘zero oil plan’ envisioned in the Economic Recovery and Growth Plan of the government.

“The implementation of the plan is expected to yield results in three key areas; add an extra UDS150bn (minimum) to Nigeria’s foreign reserves accumulatively from non-oil exports over the next 10 years; create 500, 000 jobs annually; and lift 20 million Nigerians out of poverty…”

The governor stated that so far, some achievements had been recorded, including an &increase in non-oil exports (excluding natural gas) from U$1.17bn in 2016 to US$3.16bn in 2018, “meaning that strategic sectors identified in the zero oil plan have seen growth.” 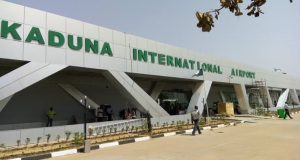 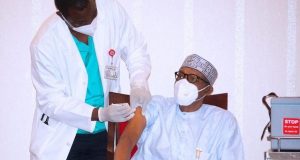 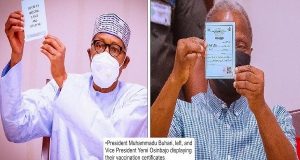 The Miyetti Allah Kautal Hore, a factional umbrella body for herdsmen in the country, has said it was opposed to the ban imposed on open grazing of cattle by South-West governors.