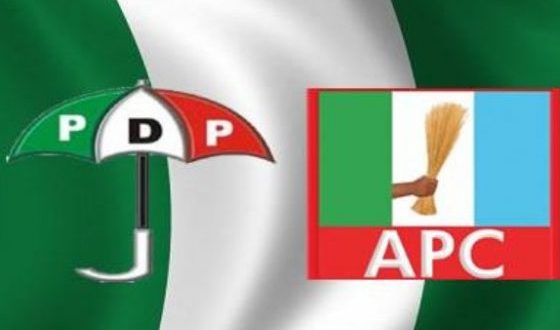 You learn more from defeat than victory. This famous Japanese proverb treasured by Korean marketing whizkids should make lots of sense to Abia PDP stakeholders after their thumping triumph in the recent Aba Federal Constituency by-election. There is the temptation to be swept away by the scintillating breeze of Chimaobi Ebisike’s emphatic 10,322 votes over Mascot Uzor Kalu’s 3,674.

However, like the American Gulf War Commander General Norman Schwarzkopf famously noted, the moment after victory could also be the most vulnerable. While APC licks its wounds from the crushing Aba defeat, PDP has hard lessons to learn from the victory. Hubris, the ultimate destroyer of the Warrior who ignores the source of his strength, awaits PDP unless it avoids pushing the self-destruct button in the manner APC did.

The Aba by-election was a heartening victory, a dominant performance by the PDP, an outcome predicted by anyone familiar with the State’s politics. Abia is overwhelmingly PDP. Even during the brief interregnum between 2007 and 2011 when the defunct Progressive Peoples Alliance (PPA) under Theodore Orji governed the State, the National and State Assembly seats had more elected PDP members, underscoring the dominance of the Party. In any case, PPA, like APGA, was a refugee tent for disgruntled PDP members. On the eve of the Aba bye-election, the opposition parties attempted to build momentum for their respective candidates by trying to bully the PDP, but pundits knew the score long before the first vote was cast.

The Aba North/South Federal Constituency by-election result was a reassurance of PDP’s popular grassroots support in Abia State, no doubt, but the factors that contributed to the APC defeat come a hard lesson the PDP stakeholders must imbibe or suffer. It would be foolhardy in the wake of the sweet victory in Aba to forget or ignore the building blocks of PDP’s widespread acceptance in the Southeast in general and Abia State in particular. PDP’s mantra of justice and popular participation strongly appeals to the Republican-minded Igbo who flourishes under an atmosphere that promotes equity.

To the credit and maturity of political stakeholders in the state, this democratic principle built on understanding and sustained by patriotism and the larger public interest has been upheld to the letter and has formed the criteria for the peaceful transfer of power since 1999. It’s important to make the point that the Abia State power rotation is a four-legged arrangement as articulated in writing by the founding fathers of the State some of whom are still alive, namely: Dr. Anagha Ezeikpe, HRM Eze Ezo Ukandu and Dr. James Onyike.

Unlike Imo, Anambra, Rivers and other states named after geographical landmarks, the four letters that make up Abia were derived from the four divisions that initially made up the state. These are (Old) Afikpo, (Old) Bende, Isuikwuato and (Old) Aba Divisions. When it serves the selfish interest of some people, they talk only about three senatorial districts in the State and claim that each has produced a governor, fancifully ignoring the obvious reality that after the Old Afikpo District became part of Ebonyi State in 1996 by General Sani Abacha, there remained Isuikwuato, Bende and Aba Divisions.

The matter would have been settled, from the point of equity, had the Isuikwuato Division insisted on producing the next governor after Orji Kalu in 2007. Instead, they reasoned that such a move would mean having one senatorial district producing the governor for 16 years, and denying other zones the opportunity. The only course of justice and equity is to return the governorship to Isuikwuato.

The peace and tranquillity Abia State has enjoyed is attributable to the fact that we’ve religiously followed the spirit and letter of the Charter. PDP will be shooting itself in the foot if it upsets this arrangement. If PDP allows another party to do the right thing, it stands to lose Abia State.

The lesson PDP can take from the Aba Federal Constituency by-election is never to take Abia voters for granted by abandoning the Charter of Equity in an attempt to humour any political actor, irrespective of their influence or ambition. Even as it generally considered the Party of the Enemies of Ndigbo, APC could benefit from protest votes in 2023 once PDP no longer upholds the tenet of justice and equity as represented in the Abia Charter Equity. It will be touch and go for PDP. Why should the party play with fire?

APC’s nose was bloodied in the Aba election because it took the people for granted. Rather than pick a candidate that reflects the local community’s sensitivities, APC allowed the Senate Minority Leader, Senator Orji Kalu, to manipulate the primaries in favour of his brother, Mascot. It was an abuse of privilege by the former Governor.

The memories of his other brother, Hon Nnanna Kalu’s largely languid and imbecilic 8-year representation of Aba in the Green Chambers of the National Assembly were still fresh in voters’ mind. Pushing to have another member of that family in the bye-election was interpreted as insensitive, greedy and disrespectful of the Aba voter. Once the cover of justice and equity was blown open, Aba voters were quick to question the Orji Uzor Kalu family legacy in the state. They could look around and see the infrastructural transformations taking place under PDP’s Ikpeazu.

PDP may suffer APC’s fate in 2023 if it jettisons the Abia Charter of Equity. There is no justification for an injustice. There are speculations that Senator Enyinnaya Abaribe plans to run for Governor in 2023. I hope this is a malicious rumour promoted by his opponents and that the Distinguished Senator knows better than to allow himself to become the iceberg that would wreak PDP’s smooth-sailing ocean vessel. I would vote for Abaribe in any other circumstance but not in this.

Abaribe and incumbent Governor Ikpeazu are from the same Osisioma Ngwa Local Government. Whoever first mooted this idea of Abaribe running against all principles of justice, equity and commonsense, must be out to destroy the PDP. The urge must be resisted. It would be catastrophic. The consequences of trampling on the people would bury PDP in a state that has been safe and solid for it.

PDP stakeholders must resist every temptation to deviate from strict adherence to the continuation of the Abia Charter of Equity which has served the State’s people so well. Under the Charter’s banner, Abia is spared the meanness and viciousness of power struggle among the political elite, a situation that has destroyed inter-group harmony. States that lack a mature power-sharing arrangement have been enmeshed in turmoil and electoral violence and turned political power struggle into hostile, inter-ethnic warfare. The result is there for all to see. Those states are perpetually racked by violence and distrust among the political class. Violence and distrust quickly erode political values and hinder the delivery of democracy dividends.

So far, Abia State has been a model in level-headed, harmonious and inclusive politics. This is attributable to the proper application of the Abia Charter of Equity from the beginning. Let the political class in the State not stretch their luck too far. Justice and equity are the pillars of democracy. Since the three senatorial districts have had their share of power, the pendulum must swing back to Abia North. It would then be the turn of the Isuikwuato zone to produce the State Governor.

Let no senatorial district consider itself sufficiently advantaged, by numerical or other assumed strengths, to thwart the popular will and expect to reap from it. Some APC leaders also harboured similar thoughts and counted on their imaginary strength just before meeting their Waterloo in Aba. Protest votes have felled political Irokos, timbers and calibers. When you take people for granted because you enjoy illusory advantage, they can inflict a defeat on you that will wipe out all the gains you have previously made. Abandoning the Charter of Equity would be tantamount to what Chinua Achebe wrote about the foolish man who challenged his Chi to a contest after a heavy meal.

If the North and Central districts kept their word and allowed power to come to the South, let the South reciprocate this historic gesture by returning the favour. The Charter must not die under the watch of my people. Aba must teach Abia a lesson. A political arrangement that has guaranteed the state and its people a peaceful, fair and just power transfer since 1999 must not be sabotaged to please any politician. Our political leaders must put the larger interest of the State and its people first and above their ambition. History can be an unkind angel; it remembers the man who uproots a tree and never the one who planted it.

Abba Kyari: A fall from grace

Electronic transmission of results: The joke is on NASS, INEC, not NCC 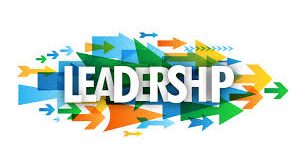 By Simon Coker The productivity level of the active segment of a population is critical ...