At a critical juncture in the battle against the second wave of COVID-19, it is clear that Nigeria is still relying on vaccines sourced from abroad to ward off the deadly pandemic. Substantiation of this is demonstrated in the struggle to import the vaccines from abroad to stem the upward curve of the tragedies associated with the virus. Undoubtedly, this is a time-consuming and high-priced enterprise. Apart from the non-pharmaceutical measures to curb the spread of COVID-19, the government should systematically rebuild the capacity of the domestic research institutes to produce vaccines against future outbreaks.

Despite its ruthless augury, the pandemic presents a rare opportunity for Nigeria to resuscitate its decayed health system, including domestic production of drugs and vaccines. As of January 22, Nigeria had recorded 116,655 COVID-19 cases with 1,485 deaths. It recorded 1,964 cases on January 21. Already, hospitals are running short of oxygen to treat persons sick of the virus, particularly in Lagos, the epicentre. The federal and state governments should seize the moment to reverse Nigeria’s unwholesome dependence on import of health materials and equipment and its overreliance on medical aid for survival.

Save for its robust crop of health professionals and researchers, several things are awfully wrong with the domestic production of vaccines. There is severe contempt for, and neglect of science and technology in the country. Linked to this is poor funding. Although the virus surfaced in December 2019 in Wuhan, China – that gave ample time to make amends – the Federal Government budgeted just N5.4 billion in the 2021 Appropriation Act for three leading public vaccine institutes. At N4.23 billion, the Nigerian Institute of Medical Research got the highest, followed by N1.28 billion for the National Institute for Pharmaceutical Research and Development and N329.48 million for the National Arbovirus and Vectors Research Centre. It just released additional N10 billion for local vaccine production. Experts say an estimated 14 billion doses of vaccine would be needed globally to stop the pandemic.

But countries with the capacity for research and development and the competencies for vaccine production are taking care of their citizens first. The NIPRD laments that because of receding funding, the institute was forced to suspend research into a major project for the treatment of the virus last year. Oyewale Tomori, the immediate past president of the Nigerian Academy of Science, declared, “It is a minus for us that while India, China, Iran and many others, probably even some African countries, are doing their vaccines, we are waiting for some donors to send to us.”

In this regard, Nigeria has joined 53 others on the continent in COVAX, a global initiative which is a collaboration of the Coalition for Epidemic Preparedness Innovations, the Vaccine Alliance and the World Health Organisation to channel 270 million doses of the vaccine to African Union member-states. Recognising the importance of the vaccine, the Federal Government has earmarked N400 billion for the procurement of various types. To meet its target of vaccinating at least 20 per cent of people in poor countries next year, COVAX says it needs $4.9 billion in addition to the $2.1 billion it has already raised.

As a consolation, Ekiti State governor, Kayode Fayemi, says that Nigeria is among the 12 African country that will benefit from the first shipment of the vaccine. The challenge is that the shipment will arrive in February. At the rate the infection is ballooning, much damage could have been done by then. In addition, the Major General Muhammadu Buhari (retd.) regime says it has provided N6.45 billion to establish oxygen production plants in 38 sites nationwide to combat the rising incidence of the pandemic.

In mid-2020, the United States had set up Operation Warp Speed to fight the coronavirus emergency. The US Congress directed $10 billion in supplemental funding to vaccine research then. Private drug manufacturers and universities like AztraZeneca, Pfizer, Moderna, Oxford University, the University of Hong Kong and the Queensland University received billions of dollars as research aid in the process. To date, countries that have made progress but have not put the vaccine into use include Canada, Germany, France, South Korea and Taiwan.

The result is obvious. By December 2020, vaccination against COVID-19 had commenced around the world. This stands as a record time in vaccine production, but given the emergency at hand, the efforts put in have made the difference. According to Our World in Data figures, Israel had vaccinated 38 per cent of its population by January 21, the highest percentage globally. The United Arab Emirates is second with a rate of 22.7 per cent; Bahrain at 8.5 per cent; the United Kingdom at 8.0 per cent and the US at 5.3 per cent are also making progress. Nigeria hopes to vaccinate 40 per cent of the population by year end. Even at that, it appears far-fetched that the country will be able to procure the number of vaccines to meet the target. It is projected that lower income countries may be waiting until 2023 or 2024 before gaining widespread access to COVID-19 vaccines. In the absence of local capacity, there is also the fear that substandard and falsified vaccines may enter the supply-chain, diminishing trust in vaccines and health systems.

But The Conversation, an online journal, says some middle-income countries, particularly India, Argentina and Mexico, have sufficient production capacity to be partly indispensable. “These countries have strategic leverage to get vaccines because of their own vaccine manufacturing capacity.” Accordingly, it is said that the Serum Institute of India, a privately owned pharmaceutical company, is manufacturing large quantities of the University of Oxford/AstraZeneca and Novavax COVID-19 vaccines primarily first for the Indian population.

Once again, Nigeria has been left behind. The country established a centre for the local production of vaccines at the Federal Vaccine Production Laboratory, Lagos around 1940. It used the vaccines produced there to combat many outbreaks, including the yellow fever incidence in the mid-80s. But the system broke down in 1991 when the plant was reportedly shut down for upgrading. Nothing significant has occurred there since. In turn, Nigeria looks to donors to vaccinate its growing population against diseases like polio, meningitis and viral haemorrhagic fevers. Some of these vaccines have to be stored at minus zero degree temperatures. This puts Nigeria and its estimated 206 million citizens at a gaping disadvantage.

It is argued that developing the fledgling vaccine production industry will also help countries prepare for greater self-sufficiency in meeting their growing vaccine needs and prevent future vaccine access crises when the next pandemic hits. The Buhari regime should revive the research institutes, especially as the WHO reckons that the world is not too far away from future outbreaks of diseases. As the country strives to secure COVID-19 vaccines from abroad, efforts and funding should be improved in the local production of vaccines for domestic use and export. 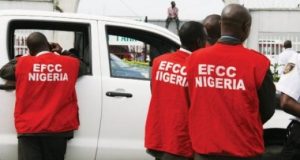 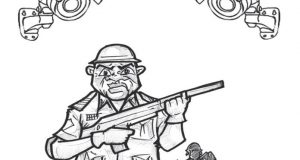 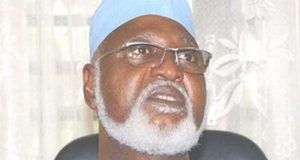 With Zamfara, Kano and some other northern states ordering the closure of boarding schools following the spike in kidnapping of students by bandits, it’s clear that the future of millions of Nigerian children is in jeopardy.