The recent rocket attack on Maiduguri, the Borno State capital, signals another dangerous dimension in the 11-year-old terrorist insurgency ravaging the country. In the deadly attack, rocket-propelled grenades were fired from the outskirts of the city into densely-populated neighbourhoods, killing 16 persons, wounding scores of others and spreading panic among the population of a fortified city brimming with refugees fleeing attacks in other parts of the state. The security forces should, as a top priority, neutralise the capacity of the terrorists for such a long range assault on the state capital and bring this bloody nightmare to an end.

Even for a city traumatised by years of terrorism, the barrage was terrifying. Media reports said the terrorists breached the extensive defences of the city and unlike in the past, when they attacked outlying villages with small arms, they rained grenades on the city’s swollen population of over 1.2 million. One hit a children’s playground, killing nine boys and prompting an upward adjustment of the initial official report of 10 killed and 47 injured to 16 confirmed deaths. Boko Haram has since claimed responsibility for the attack.

This is an ominous portent, signalling the acquisition of advanced weaponry by the terrorist group. To be sure, this is not the first attack on the North-East’s political and commercial hub. Boko Haram and its spin-offs have launched numerous attacks on the city, its birth place, since it was driven from there a decade ago. But these have been assaults on surrounding villages and farms. In the past, it had on several occasions, also infiltrated fighters and suicide bombers into the city, including daring raids on the Nigerian Army’s garrison and an embarrassing attack on the Nigerian Air Force station that resulted in damage to several combat aircraft. An attack on farms in November in Zabarmari, on the city’s outskirts, left 76 rice farmers dead. In all these, the military were able to overcome the assailants. And until now, long-range weapons had not been deployed by the criminals.

With the newfound ability to cause mayhem from afar, however, there are fears that the terrorists could create panic, infiltrate the city in large numbers, provoke a mass exodus and overrun the metropolis. This would be a great feat, comparable to the capture by ISIS of Mosul in Iraq and Raqqa in Syria in 2014 and the establishment of the short-lived Islamic State. This should be prevented at all costs. Terrorists thrive on shock and awe; outrages and spectacular acts of carnage and bloodletting. Unlike conventional armies, they need not control territory for long to achieve their goals: ability to create fear, destruction and mass panic is sufficient to draw hundreds of fighters and new recruits to their banner. Death in combat or by suicide bombing under the apocalyptic Salafi ideology guarantees bliss in the hereafter. “Publicity,” said the Centre for Terrorism and Security Studies, Holland, “is the oxygen of terrorism;” bombings, hijackings, mass kidnappings, mass slaughter and rocket attacks keep them perpetually in the news, spreading their ideology of hate and jihadist domination.

Unchecked, frequent rocket barrages could demoralise the population and put pressure on the government to negotiate with the insurgents. This scenario is playing out in Afghanistan where the government and the United States-led coalition are in talks with the increasingly confident Taliban insurgent group whose regular attacks on Kabul, the capital, and its control of 54 percent of the country, have worn down the resolve of the authorities. In the six months to November, the Taliban staged 53 suicide attacks and 1,250 explosions that killed 1,210 civilians and wounded 2,500 others, The Guardian of London reported.

Nigeria cannot afford further escalation; bandits and killer herders are similarly spilling rivers of blood; some just kidnapped almost 300 school girls in Zamfara State before their release after some days. Unlike the Taliban that once ruled Afghanistan and seek to expel foreign troops from their homeland, Boko Haram, its offshoots and other terrorists under the guise of “bandits” and Fulani herders have no legitimacy. All three are rated among the world’s six deadliest terrorist groups by the Global Terrorism Index.

A joint report by the UNHCR and the International Organisation for Migration said terrorism in the North-East, banditry in the North-West and “farmer/herder conflict” in the North-Central have created over two million refugees, some in neighbouring countries. The BBC adds that Boko Haram and ISWAP have killed over 36,000 persons and devastated economic activities across the North.

The new Service Chiefs should devise new initiatives to break the siege on Maiduguri, other state capitals and towns in the region. Ali Ndume, a senator, had raised the alarm that no road was safe leading in or out of Maiduguri. The latest ambush and capture of travellers on the Maiduguri-Damaturu Road, the city’s main gateway to the rest of the country, confirmed this. It is ringed round with insurgents who have frequently attacked Bama 80 kilometres away, Damboa 50 kilometres and Konduga, a mere 30 kilometres away. Moreover, Maiduguri has been a refuge for those fleeing other parts of the state; by 2019, there were 22 IDP camps in the city, said the World Food Programme.

The President, Major-General Muhammadu Buhari (retd.), must change his strategy and tactics. This war cannot be won by military battalions alone. Crucially needed is superior intelligence, both human and electronic. This requires advanced and simple technology tools to locate the insurgents, track them, intercept and destroy their logistics and supply hubs. Agents should trace their sources of funding and weapons as well as financiers. There should be decapitation strikes to decimate the terrorist leadership through aircraft and drone strikes, artillery and commando raids relying on effective intelligence-gathering. This strategy has proved effective elsewhere. Israel responds to rocket attacks on its territory by reprisal air strikes, commando raids and assassination of terrorist leaders. The US and its allies have decimated the leadership of al-Qaeda.

While strengthening the city’s defences, the military and intelligence agencies should collaborate and stamp out the terrorist menace once and for all.

2021-03-07
The Citizen
Previous: Insecurity: Enough is enough! Every Nigerian should carry arms – Prof Sagay
Next: Insecurity: Time is running out for the nation – Vanguard 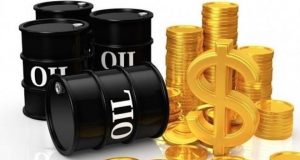 Beyond the Isuofia tragedy – Thisday

The strike of judicial workers – Thisday

Road to greatness – The Nation

Former Inspector-General of Police (IGP), Sir Mike Okiro, has given insights into why the growth of the Nigeria Police Force (NPF) has been stunted. Okiro bared his mind in an interview with Daily Sun. He spoke on diverse issues