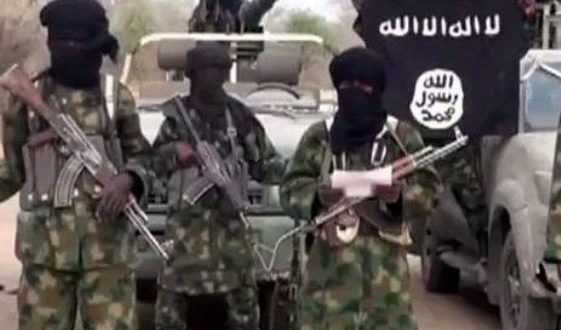 The insurgents, who allegedly operated unchallenged for over two hours were said to have abducted some vigilantes, seizing their patrol vehicle.

In a statement, the Chairman, Network of Civil Society Organisations in Yobe State, Alhaji Baba Shehu, claimed the hoodlums invaded Kaliyari community in the Tarmuwa Local Government Area of the state around 10.30am on Friday.

He added that the terrorists after storming Kaliyari, about 75km from Damaturu, blocked the highway, demanding ID cards from motorists.

Shehu said his friend, who was among those stopped and searched by the gangsters, confirmed the hoodlums were looking for anybody having a government or related ID card.

According to him, the eyewitness said the insurgents abducted the vigilantes after they ran into them while the operation was on.

Meanwhile, the military has appealed for calm, calling on Yobe residents not to be panic.

A statement by the acting Assistant Director, Army Public Relations, Lt Chinonso Oteh, said, “Headquarters Sector 2 Operation Lafiya Dole in its continued determination to protect life and property as well as the safety of lawabiding citizens wishes to reassure the good people of Yobe State and all other residents within its area of responsibility not to panic as there is no cause for alarm.

 
“In a bid to further decimate the remnants of the Boko Haram/ Islamic West Africa Province terrorists hibernating in the Sector 2 Area of Operations, troops have intensified their operations, and residents are hereby advised to be calm and not panic on sighting movement of troops, helicopters, vehicles and equipment.

“The headquarters also wishes to appreciate the cooperation of the good people of Yobe in the fight against insurgency. Members of the public are enjoined to always report any suspicious movement of an individual or group to the nearest military formation for prompt response.”

Meanwhile, the Nigerian Army engaged in a fierce gun battle with the Boko Haram fighters who invaded Garkida town in the Gombi Local Government Area of Adamawa State on Friday.

A resident of the town, Joshua Malgwi, told one of our correspondents that the shootout took place in the evening.

He said, “The insurgents are right now exchanging gunfire with soldiers. The heavy gunfire has forced most residents to remain indoors for of being caught in crossfire.”

 
He said the insurgents entered the community via Bijibiji.

According to reports, there are fears some residents may have been killed by the invaders.

Garkida is located on the Gombi-Biu-Damaturu Highway close to Borno State and Sambisa Forest.

2020-02-22
The Citizen
Previous: Insecurity: Despite criticism, govt has made substantial progres –Buhari
Next: How our husband chained us up, put pepper in our private parts– Katsina housewives locked up for 10 months

The Nigerian Immigration Service (NIS) on Friday stopped 58 doctors from travelling to the United Kingdom at the Murtala Muhammed Airport, Lagos, Southwest Nigeria. ...