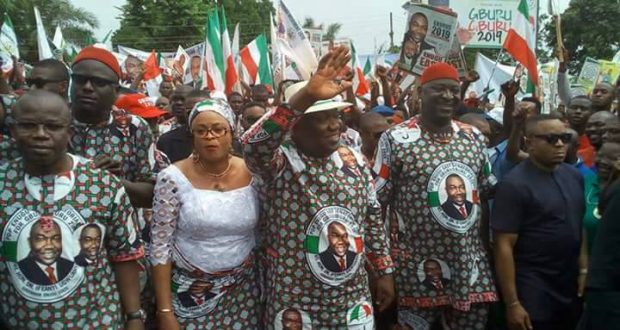 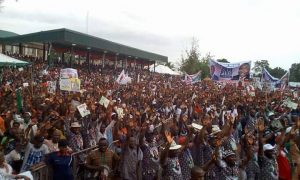 In what could be described as mother of rallies, the people of Enugu East Senatorial Zone of Enugu State trooped out in their large numbers for a solidarity rally in support of the re-election of Governor Ifeanyi Ugwuanyi for his good works in the state.

They said that Gov. Ugwuanyi has engendered peace and good governance in the state, adding that his “uncommon leadership style” has favoured the people of Nkanuland in so many ways.

The colourful event, which was attended by other notable stakeholders of the zone, such as the Speaker of the State House of Assembly, Rt. Hon. Edward Ubosi; Senator Gil Emeka Nnaji and his colleagues in the National Assembly; members of the State Assembly and State Executive Council, Council Chairmen, including Lady Jane Nnamani, wife of the former President of the Senate, Senator Ken Nnamani, among others, also witnessed the presentation of an endorsement register signed by the stakeholders of the zone to the governor.

Moving the motion for the endorsement, Prof. Nnaji said that the governor through his humility and passion for the development of Enugu State “provides good roads, especially in the rural areas and pays workers’ salaries every month when some states owe over six months”.

He disclosed that Gov. Ugwuanyi through his financial ingenuity has raised the Internally Generated Revenue (IGR) of the state and is “working very hard to ensure that the Enugu State Diagnostic Centre commences operation soon”.

Also speaking, the State Chairman of the Peoples Democratic Party, Hon. Augustine Nnamani explained that the rally was a mass gathering of all the people of Nkanuland in  appreciation of the governor’s “inclusive,  people-oriented and development driven leadership”, saying: “Today’s rally is highly symbolic because it was organized by the entire people of Nkanuland”.

The Speaker of the State House of Assembly, Rt. Hon Ubosi said he was overwhelmed by the governor’s peace and good governance initiatives in Nkanuland in particular and the state in general, stressing that he deserves a second term in office to enable him complete the good works he has started in the state.

Senator Nnaji expressed gratitude to Gov. Ugwuanyi for entrenching peace and good governance in the state, disclosing that Nkanuland was the first beneficiary of his administration’s development projects through the reconstruction of  Nike Lake road and Abakpa Nike road in Enugu East Local Government Area.

The senator also commended the governor for developing long neglected communities in the state through construction of access roads, especially the Amurri and Nkalagu-Eha-Amufu roads in Nkanuland.

Other speakers, such as the Commissioner for Commerce and Industry, Barr. Sam Ogbu-Nwobodo; Chairman of Nkanu West LGA, Hon. Henry Okenwa and Enugu East zonal Chairman of the PDP, Hon. Freedom Nnam, etc also commended the governor for his giant strides in the state and especially considerations for the people of Nkanuland, such as the construction of roads in Amurri and Akpugo communities.

Responding, Gov. Ugwuanyi thanked the people of Nkanuland for their support, solidarity, goodwill, prayers and endorsement, urging them to intensify efforts towards the ongoing voters’ registration for continuation of good governance in Enugu State. 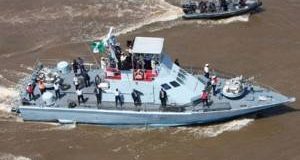 Number of COVID-19 cases in Nigeria increases by 182 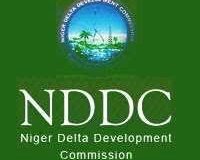 NDDC shuts down headquarters as director dies in hospital 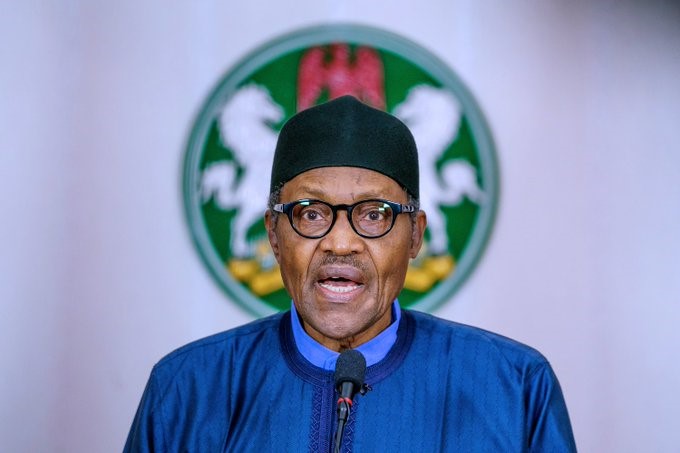