This development is coming alongside the collaboration for NDSF 2019 by the apex telecommunications regulator, the Nigerian Communications Commission (NCC) and Medallion Communications, the secured interconnect switching center.

According to the organisers led by the Executive Director, DigitalSENSE Africa Media, Mrs Nkem Nweke, the collaboration with AfRALO, NCC and Medallion for this year’s forum with theme: ‘Connecting Nigerians for Enhanced Internet Governance’ will make NDSF series more exciting especially for participants and urged all to ensure they register and participate.

She noted that the forum which would now holds on June 20 at the Welcome Centre Hotels, MM International Airport Road, Lagos, was earlier scheduled for June 6, but has to be shifted due to public holidays in Nigeria.

Experts from AfRALO, she said, like NCC and Medallion have been lined up to lead discussions at the 10th Nigeria DigitalSENSE Africa forum series on IG4D and Nigeria IPv6 Roundtable.

She noted that AFRALO is the home of the individual Internet user community for the African region, providing news, key resources and interactive information sharing tools for individuals and end-user groups in the African region who are interested in ICANN and in shaping the future of the Internet.

DigitalSENSE Africa, she pointed out, as ICANN At-Large Structure (ALS) is a member of AFRALO, which aims to strengthen users’ participation in ICANN decision-making structures, to ensure that members actively encourage more direct participation by end users, build Internet policy making capacity in the region, reach out to Internet users on the issues in the scope of ICANN, as well as represent users’ interests and defining public interest aspects of Internet governance with specific focus on the areas of privacy, transparency, and accountability.

“Thereby strengthen consumer protection in ICANN policies and identify social impacts of technical infrastructure design like the uptake of IPv6 or otherwise,” she declared.

Further, NCC mandate of 2003 Nigerian Communications Act, she said avails the Commission to properly carry out its regulatory functions and activities including licensing and approving guidelines for keeping of accounts and cost allocation formula of licensees.

NCC, she disclosed, would be sending a high-powered delegation to the 2019 Nigeria DigitalSENSE Forum series on Internet Governance for Development and Nigeria IPv6 Roundtable.

On the other hand, Mrs. Nweke said that Medallion Communications has proved itself as a leader in infrastructure provisioning through its interconnection and data centre facilitation in the industry, with the vision of bridging the digital divide between the developing and the developed economies of the world. Medallion has operational base in North America and across several African countries, offering Interconnect Houses where operators leverage interconnect with multiple operators in one location, but equally share the available telecom infrastructure thereby reducing overhead.

Medallion’s infrastructure, she said, has been designed to be robust and protocol independent to enable all classes of operators to interface seamlessly, for both Time-division multiplexing (TDM) and Internet Protocol (IP)-based telecom operators with any internet exchange points to ensure that local content providers are adequately catered for.

She recalled that DigitalSENSE Africa (DSA) Media, is a certified At-Large Structure (ALS) of the Internet Corporation for Assigned Names and Numbers (ICANN) and internationally reputed as award-winning Information and Communication Technology (ICT) industry analysts and perception managers; professionally affiliated to African Regional At-Large Organisation (AFRALO) for shaping the future of the Internet, African Civil Society for the Information Society (ACSIS). 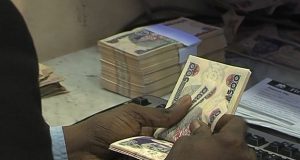 NDIC assures depositors of coverage in event of bank failure 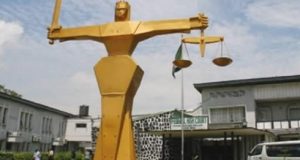 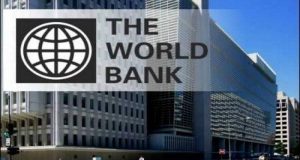