Nigeria is troubled by gun violence, a place where too many guns get into wrong hands. At the root of the gruesome challenges of pervasive insecurity that is threatening the very foundations of her corporate existence, is the unbridled access to illicit guns and the failure of the authorities to deal firmly with the purveyors of these weapons of mass killings. Ever before the country became a byword for insecurity, the United Nations had raised the alarm that over 350 million, or 70 per cent of the 500 million illicit small arms and light weapons circulating in West Africa were domiciled in Nigeria. This was enough for a serious country to have taken action, but nothing happened to mop up the guns. Lamentably, the collapse of the Muammar Gaddafi regime in Libya further compounded the situation, triggering the flow of more weapons into the country.

This has further helped to fuel armed robbery, militancy, Fulani herdsmen attacks, terrorism, cultist feuds, kidnapping for ransom, violent community clashes and, more recently, deadly banditry. While many may wonder why it has been so easy for guns to get into wrong hands, some confessional statements following the recent arrest of two criminals have helped to shed light on this. It has also been revealed that purchasing sophisticated weapons, the type used by kidnappers and militants, does not come cheap.

Following the arrest of Hamisu Bala, aka Wadume, a kidnap kingpin, described by the police as a multimillionaire who made money through kidnapping, it has been possible to understand how gun-runners fuel insecurity and criminality in the country. Ojomo Adebowale, a gun-runner who claimed to have had dealings with Wadume before both of them were arrested on separate occasions, said he used to  criss-cross the country to supply guns to his customers, with the weapons concealed in specially disguised compartments of his vehicle, making it difficult for security operatives to know what he was carrying.

According to the gun-runner, who described himself as an “arms dealer by profession,” one of his last transactions was when he was contacted by Wadume – introduced to him by a business partner in Onitsha – to supply 10 AK 47 rifles. Although he could not meet the target of 10 guns, he was able to provide six at a rate of N800,000 each. He also supplied four cans of ammunition at N350,000 each. In just one deal, Adebowale walked away with N7.8 million, showing how lucrative his “business” of supplying guns to criminals could be and why it is attractive to many.

From Adebowale’s narrative, it is easy to see that criminals take advantage of Nigeria’s porous borders to flood the country with deadly and sophisticated weapons. He said his gun supplies used to come from Burkina Faso and Ghana. Had Nigeria been able to keep a tight rein on her borders, most of the guns could have been stopped from entering the country.

Beyond the land borders is the bigger concern of guns that come in through the seaports. Particularly, there were incidents of two consignments of arms, amounting to over 1,100 rifles that were impounded in Lagos in 2017.  In one of the arrests, the importers succeeded in passing through the security at the ports with 661 pump action rifles before they were later apprehended; the other consignment of 440 rifles was also picked up in a similar manner.

If Adebowale’s rifles, which must have been fairly used, could go for N800,000 each, the cost of newly-imported ones could only be imagined. This means that those involved in the business are not petty criminals but the well-heeled in the society. It has often been alleged that prominent politicians are behind the massive import of arms, which are given to thugs for the purpose of rigging elections. Unfortunately, after the elections, these thugs simply disappear with their guns, becoming a menace to the society.

While most of the guns have been acquired for criminal purposes, there are also those who feel they need to own guns for self-defence. In Zamfara State, for instance, where bandits have sacked many communities, reports have it that there is a flourishing arms manufacturing hub there where, for as cheap as N7,000, it is possible to acquire a weapon. Here, the feeling is that, since the Nigerian state cannot provide the needed security, it is important not to remain a sitting target for marauding criminals.

Regrettably, just as the Americans have refused to take serious steps to enforce gun control measures, despite the 255 incidents of mass shooting in 217 days (as of August 5, 2019), resulting in avoidable fatalities, the Nigerian authorities have remained seemingly helpless in the face of threats to the lives of citizens. For instance, the authorities have found it difficult to ask the Fulani herdsmen that romp about people’s farmland, killing, raping and destroying their crops, to turn in their illegally-acquired arms.

The government has to start enforcing gun control laws in Nigeria by ensuring that only those licensed to carry guns do so. This has to go beyond the usual periodic declaration of amnesty where people with six guns drop one and government then trots off with a sense of achievement. In a country like Kenya, when people were asked to turn in their illicit weapons, the government went ahead to set fire on more than 5,000 guns. This is never the case in Nigeria, where nobody knows what happens to the guns afterwards.

Both at the seaports and land borders, where officials claim there are about 1,400 illegal routes, the use of technology, combined with serious border patrol will do the trick. Besides, when consignments such as the ones impounded in 2017 are intercepted, the identity of the importers should be unveiled. Criminals with guns should also be made to reveal the source of their supply. Those found guilty of illegal gun possession should be prosecuted. While these steps may not completely rid the country of guns, it will go a long way in checking the proliferation.

2019-09-06
The Citizen
Previous: Sigh, sigh west – The Nation
Next: I’ll rather be dead than delay Brexit, says Boris Johnson

Why reopening of worship centres is dicey – Vanguard 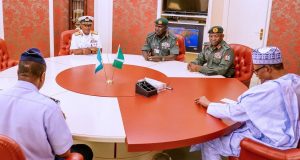 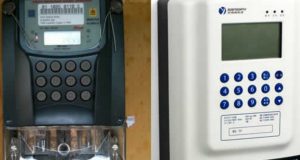 One of many recent news about higher education of Nigerians is that Nigerian families pay N52 billion tuition in the United Kingdom per year, while Nigerians in the United States, according to the Institute of International Education