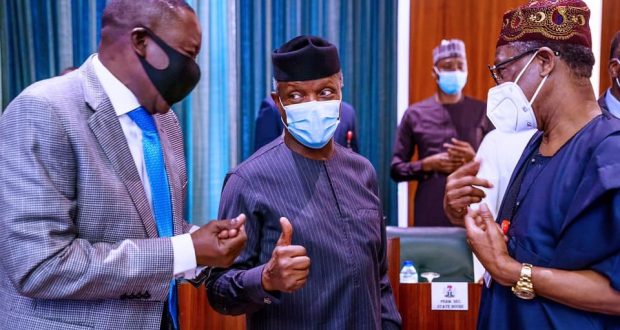 The Federal Government on Wednesday approved the sum of  $1,9million for the construction of a rail line that will link Nigeria to the Niger Republic.

The rail line is designed to connect three Northern states – Kano, Katsina and Jigawa states – as well as seven senatorial districts and will be linked with the Maradi rail line in the neighbouring West African nation.

The 248-kilometre line is expected to aid the transportation of crude oil.

But the opposition Peoples Democratic Party and some  civil rights groups took a swipe at the Buhari regime, saying the project was a misplacement of priority in a country facing intractable problems of insecurity and  harsh economic conditions arising from hikes in fuel price and electricity tariff..

The PDP described the  decision as another proof of the misplacement of priorities  by the President.

The National Publicity Secretary of the PDP, Kola Ologbindiyan, stated in Abuja, that,  “the problem of this regime is that it has  never  got its  priorities  right and at the end of the day, Nigerians are the ones who suffer from these poor choices by these people.

“Let’s even look at it from the point of view of the economy. What is the economic benefit of this project to Nigeria. The Nigerian economy,  as it is today, is not in a state to contain this kind of wasteful spending.”

A former President of the Committee for the Defence of Human Rights, Malachy Ugwummadu, said the project was a misplacement of   priority.

In an interview with one of our correspondents, Ugwummadu  said, “It is a misplacement of priority  and insensitivity to the needs and plight of the people by  a government that faces imminent and impending strike action by the organised labour centres and civil society partners in response to their illegal and obnoxious increases in the prices of petroleum commodities, the hike in electricity tariff and VAT, all within the devastating COVID-19 period.”

The  Convener of the Concerned Nigerians Group, Deji Adeyanju, opined that the project was meant to loot the resources of Nigeria.

Adding that the project was not economically viable he asked, “What is the Kaduna-Abuja rail project  generating?  Imagine  we take a loan from China to construct rail line that passes through Katsina State to another country; for what purpose?

“Lagos that  has been battling gridlock for many years. Imagine what would happen if there isan  intra-city rail. You can imagine its impact and monthly billions it will generate.” – Punch.